Polish micro-enterprises are growing in strength

In the past year there were more than 1.8 million small businesses registered in Poland, which employed up to 9 people. The revenues of these micro-enterprises reached PLN 884.2 billion, and the total earnings amounted to PLN 108.5 billion. Compared to previous years, a steady and systematic development of this sector has been noted. The increase in the number of small businesses and their improving economic condition results from a variety of factors – including entrepreneurship, willingness to take risks, openness to innovation and concrete cooperation with professionally specialized partners. 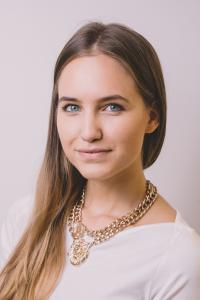 The latest data provided by the Central Statistical Office show that in the past 5 years the number of micro-enterprises registered in Poland increased from nearly 1.7 million to over 1.8 million. In the reporting period of 2009-2014, an almost 10 percent increase has been noted in this respect , an increase that is relatively constant and systematic in different years (in 2013 only the number of small businesses was lower compared to the previous year).

The analysis of the CSO data shows that apart from the increased number of companies employing up to 9 employees, such enterprises has been gaining financial strength. In 2014, the total revenue of these entities amounted to PLN 884.2 billion and was higher by PLN 4 billion than a year earlier. However, compared to 2009, when the turnover reached PLN 738.1 million, an almost 20-percent increase was recorded over the period of 5 years.

Financial results, understood as the difference between revenues and costs to obtain them, are another proof of the development of micro-enterprises sector in Poland. In 2009, they amounted to PLN 86.9 million and in 2014 – PLN 108.5 million. This means that over the second half of the last decade, profits from small businesses rose in general by almost 25%. The biggest share in total revenues (43.7%) was obtained by companies operating in the field of trade and car repair.

There is a growing number of people working in small businesses

With the increasing number of micro-enterprises the number of employees is also growing; compared to 2013, the number of people employed in small firms increased by 128 thousand. In total, in 2014 over 3.5 million people were employed in small businesses. For an average of eight out of ten of them the work in micro-enterprises was their only source of income. Slightly more than 1.2 million people were employed on the basis of the contract of employment, which is approximately 34.1% of total employment in small businesses.

Micro-enterprises more often establish cooperation with professionally specialized partners. This is so, because their owners come to the belief that using the services of marketing agencies, consulting or translation companies brings tangible benefits in the development of their business, and the cost relatively quickly pays for itself.

Apart from individual customers, corporations and large concerns, small businesses are a dominant group among our clients.